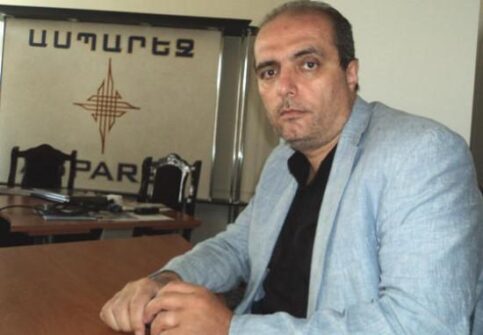 The IDC Opinion on the Court Case A. Avetisyan vs. L. Barseghyan

On 09 August 2011 the Chairman of the Board of Trustees of “Minas Avetisyan” Cultural Charitable Fund Arman Avetisyan applied to Shirak Region’s Court of General Jurisdiction against the Chairman of the Board of “Asparez” Journalists’ Club and a human rights activist Levon Barseghyan, demanding public apology for the publications of insulting and defamatory nature published on the Club’s website. He also demanded a compensation of 2 mln AMD for insult and defamation and 200 000 AMD for judicial expenses.

According to the facts of the case, the articles in question have been published in the following sequence: The article entitled “There are things that can not be forgiven” was published on 11/06/2011; the article entitled “Arman Avetisyan lies for unknown reasons” was published on 15/06/2011; and the last article entitled “Could have caused harm to the “family business”?” was published on 16/06/2011. On 23/06/2011 Arman Avetisyan sent a letter to Levon Barseghyan demanding publication of a refutation or a publication of his letter as response. Levon Barseghyan published the text sent by A. Avetisyan on 30/06/2011. On 04/08/2011 Arman Avetisyan filed a court claim, which has been entered on 09/08/2011. During court trial, the respondent, amongst other assertions, has presented to the court an application “About Enforcing Limitation of Actions”, claiming that the deadline for the limitation of actions has expired on 23.07.2011, while the lawsuit was filed on 04.08.2011.

The Council finds that pre-conditions are in place for enforcing limitation of actions versus the present case, in accordance with part 13 of Article 1087.1 of the Armenian Civil Code, which states the following: “A claim under the present article shall be submitted to the court within one month from the moment the person becomes aware of the dissemination of the insult or defamation but no later than within 6 months from the moment of insult or defamation”.

It becomes obvious from the facts of the case that the plaintiff knew about the article in question at least on 23/06/2011, when the latter applied to Levon Barseghyan with a letter demanding refutation or response. In an open trial the plaintiff has accepted this fact. Thus the plaintiff was supposed to present the court claim within one month following the date of the letter, until 23/07/11, whereas the court claim has been filed on 04/8/2011.

In such circumstances the plaintiff can not use the protection of the 6 months period limitation of actions defined under part 13 of Article 1087.1 of the Civil Code, since this provision actually stipulates not two but one period consisting of two elements. The violation of the period defined as per the first element makes the application of the period defined in the second element as null and void, since these two elements function in integrity. In other words, if a person has missed the opportunity to apply to the court within one month after becoming aware of the insult and defamation, then he/she can not rely on the second deadline for applying to the court within 6 months from the moment of insult and defamation. It is also not acceptable to claim that one can rely on the second deadline from the point of view of ensuring broader judicial protection. Otherwise, the legislator would have defined one general deadline of 6 months, offering a more simple legal regulation. Whereas the legislator, aimed at increasing the media’s protection from lawsuits, has defined one primary condition with a limited period, i.e. a one month’s period after becoming aware of the publication of defamation and insult. The second period is auxiliary to the first period and it does not have an independent implementation. This can be seen even from the verbatim interpretation of the text, where the two sentences are separated from each other by the conjunction “but” and not by an “or”, i.e. the legislator defines a legal regulation which is not alternative to the primary regulation but is only auxiliary to it.

Unfortunately the RoA Cassation Court has not clearly addressed this issue in its decision No: 2293/02/10, in which it has expressed a number of legal positions considering the necessity to establish a unified jurisdiction with regard to Article 1087.1 of the Civil Code. The Constitutional Court has also not addressed the issue in its well-known decision No. 997. However, even in these circumstances, considering the verbatim interpretation of the provisions under part 13 of Article 1087.1 of the Civil Code, the Council finds that the claim is subject to rejection on the grounds of the expired deadline.