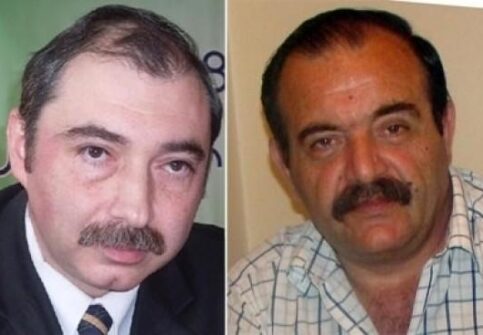 The IDC Opinion on the Court Case filed by Hayk Babukhanyan and "Iravunk Media" LTD vs "Khmbagir" LTD and Journalist Edik Andreasyan, Demanding Protection of Honour, Dignity and Business Reputation

On September 18, 2012, the Information Disputes Council released its conclusion on the Court Case filed by Hayk Babukhanyan and “Iravunk Media” LTD against “Khmbagir” LTD and Journalist Edik Andreasyan, Demanding Protection of Honour, Dignity and Business Reputation.

On 31.08.2010, a voluminous article entitled “Iravunq’s” (means “right”, TN) Right is at the Edge of Hayk Babukhanyan’s Sword” and authored by journalist Edik Andreasyan was posted in www.report.am website, published by the respondent “Khmbagir” LTD.

The plaintiff went to court on 11.11.2010 and informed that the article entirely contains insulting and defamatory statements and the facts narrated therein do not correspondent to reality, requesting the court to oblige the company and the journalist to refute the published insulting and defamatory statements, to apologize to plaintiffs and to publish the complete text of the court verdict in the same media outlet. Furthermore, the plaintiff demanded that each respondent be obliged to pay 1 mln. AMD and 2 mln. AMD for insult and defamation respectively, in total amounting to 6 mln. AMD.

On 27.02.2012 the General Jurisdiction Court of Kentron and Nork-Marash Administrative Districts of Yerevan fully rejected the application, based on part 13 of the RoA Civil Code’s Article 1087.1, which defines that a person can submit an application to court on the basis of the mentioned Article within one month after becoming aware of the insult and defamation but no later that within 6 months after insult and defamation have been made. In this particular case, the Court has reasoned that in his application or during verbal court hearings, the plaintiff has presented no arguments that he became aware of the article published on 31.08.2010 later than the day when the article was published, which is why the plaintiff party applied to court on 11.11.2010, thereby missing the 1 month period defined under part 13 of Article 1087.1 of the Civil Code. In addition to rejecting the application, the First Instance Court decided to charge the plaintiffs 236 000 AMD as a compensation of an unpaid state duty amount. The Court of Appeal entirely rejected the appeal, by leaving the First Instance Court’s decision into force and in its turn, decided to charge 390 000 Armenian AMD, as an amount of unpaid state duty for filing the appeal. The Court of Cassation returned the appeal, actually rejecting the issue of acceptability of the appeal. As per the decision of the Cassation Court from 25.07.2012, the case’s adjudication was concluded.

Prior to the decision of the Cassation Court on 27.04.2012, the Courts were applying point 13 of Article 1087.1 of the RoA Civil Code by providing various types of interpretation to it, thereby creating ambiguity and confusion when solving the issue of the limitation of court actions in defamation and insult related cases. For instance, in the case ºÎ¸/1708/02/10 (Susanna Baghdasaryan against “Hayq” newspaper), the Court of General Jurisdiction of Kentron and Nork-Marash Administrative Districts of Yerevan defined a three year period for the limitation of actions and based on this accepted an application submitted after 2 years, 6 months and 11 days following the newspaper article’s publication, based on Article 332 of the Civil Code. In another case, ºÎ¸/2479/02/10 (Bella and Sedrak Kocharyans vs “Skizb Media Kentron” LTD), the First Instance Court defined a six month period for the limitation of court actions, by deriving an absolute rule from the meaning of part 13 of Article 1087.1 of the Civil Code, according to which when determining the period of the limitation of court actions, it is necessary to select the longest among the two periods defined in the article, i.e. the six month period.

In its Opinion No. 9, the Council has already expressed its position concerning this issue by stating that point 13 of Article 1087.1 actually defines only one and not two periods for the limitation of court actions, with that one period consisting of two elements, which, nevertheless work in one unity. This means, if a person has missed the first period for the limitation of court actions, i.e. the possibility for filing an application with court during one month period after becoming aware about defamation and insult, then that person can not use the second period defined for applying to court within 6 months following the moment of insult and defamation. In its Opinion the Council also noted that it is not acceptable to claim that with a view to defining wider legal protection one can focus only on the second period.

Contrary to afore-mentioned controversial developments, which were subject for concern for lawyers and journalistic community for long time, the Council notes with satisfaction that there has been a more unified court practice for the application of the afore-mentioned article during last months in terms of a uniform application of point 13 of Article 1087.1 of the Civil Code. In particular, with regard to the Case No. 1469/02/11, on 11 July 2012 the Court of General Jurisdiction of Shirak Region rejected the application, finding that the plaintiff had violated the need for submitting application within one month after becoming aware of the problematic publication, irrespective of the fact that the 6 months period defined under the same Article had not expired yet.

The Court commented that “simultaneous observance of the two periods mentioned above is necessary: first, not more than a one month period should have passed after becoming aware of defamation and insult and second, not more than six months should have passed from the moment when defamation and insult are made” (the Council had arrived to a similar conclusion in its Opinion No. 9). The First Instance Court and the Court of Appeal have arrived to similar conclusions in their decisions concerning the same case, by rejecting the application which was submitted by violating the requirement for applying to court within one month period, even when as of the day of applying to court, the six month period from the moment of defamation and insult had not expired. It is also important to note that in this case the Court of Appeal made a reference to the conclusions made in the Cassation Court’s precedent decision of 27.04.2012, which were as follows:

“The legislator has provided an opportunity to apply to court, at any rate, no later than after the expiry of 6 months period from the moment of defamation and insult, thereby including as well the 1 month period for demanding a refutation from mass media. It is also worth mentioning that the period for limitation of court actions starts from the moment when a person has become aware of the insult and defamation. Thus in all cases when a person becomes aware of defamation and insult after the expiry of six months period, he/she misses the period of the limitation for court action”.

Based on the afore-mentioned legal acts, the Council finds that finally a consistent court practice has been developed in terms of the application of point 13 of Article 1087.1 of the Civil Code. The Council notes as well that when rejecting the application, the First Instance and Appeal Courts have decided to charge plaintiffs a rather considerable amount – 236 000 AMD as a compensation of a state duty amount unpaid in the first instance court and 390 000 AMD, as a state duty amount unpaid for appeal compliant, in total amounting to 626 000 AMD, which makes more than 10% of the compensation amount requested in the application. The Court’s decision stems from Article 9 of the State Duty Law of the RoA according to which in case an application is rejected, the plaintiffs shall be charged a state duty in the amount of 2 percent of the pecuniary demand for applications submitted to first instance courts, and in case of an appeal – in the amount of 3 percent of the pecuniary demand. The Council finds that such legal demand, in this particular case concerning defamation and insult related cases, contributes that the citizens abstain from irrelevant and unpromising legal complaints which include unjustifiably high monetary demands.