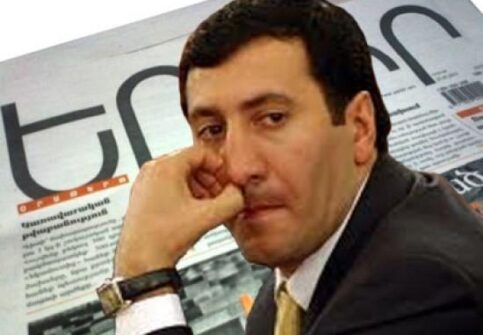 The IDC Opinion on the court case Deputy of the RA NA Tigran Arzakantsyan vs. "Erkir" Daily

Taking into consideration the fact that the function of the Information Disputes Council is to form and publish professional conclusions of advisory nature about disputes over slanders and insults, with its own initiative the Council studied the article published in 13.01.2011 #3/2326 edition of “Erkir” daily with the headline “131 Faces and Masks” regarding deputy of the ARM National Assembly Tigran Arzakantsyan, and published its professional conclusion.

Evaluating the disputed article and the expressions cited in the claim, in the context of the demands of case law of the ARM Constitution, article 10 of the European Convention on Human Rights and the European Court, the Information Disputes Council found that the disputed article presents some information about the deputy’s biography, information about his work duties, his possessions, lifestyle and some of his hobbies. These data indeed present public interest, first of all taking into consideration the claimant’s situation, the nature of his activities as an elective person and a politician, as well as the fact that he is paid from the state budget. In general, the article is written in a humorous style and colouring, which suggest an extra protection for the freedom of expression, since this style by itself suggests some exaggeration.

The Information Disputes Council finds that the expressions in the article are value judgments or statement of facts. They are based on sufficient facts, such as deputy T. Arzakantsyan’s own announcements, interviews, a number of articles and data published in other media, as well as some official informaton.

As for the disputed expression “lakot” (“puppy”), the Council found that on the one hand it contains offensive expression, on the other hand this expression was published through direct citation in quotes, which means that the expression is a direct quotation of someone elses announcement. However, in the Court the journalist did not name any sources for the quotation. This means that the quotation was done without a good will.

At the same time, the Council finds that the ammount demanded by the claimant (AMD 3,000,000) does not meet the interference proportionality and necessity principles.

As for the AMD200,000 charge defined by the Court for moral damage, this amount is not relevant to the circumstances of the case, and the court could have just obliged the media outlet to publish an apologizing article.Thus, a verdict for deputy’s rights’ violation would have been a sufficient punishment. Regarding the ammount charged for court expenses, in regard to this case it can be considered realistic.