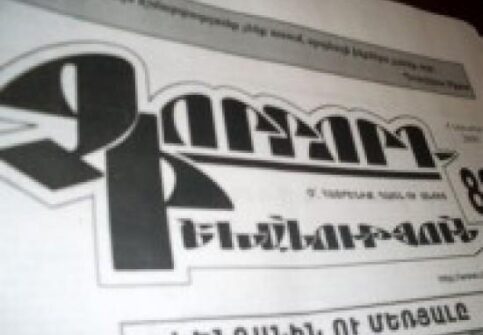 The IDC Opinion on the court case Paravon Mirzoyan vs. "Fourth Power" newspaper

On October 28 the Information Disputes Council released its opinion on the court case on the article titled “Know the Pharaoh” published on 09.04.2011 in NO. 322 Issue of “Chorrord Inqnishkhanutyun” (The Forth Sovereignty) Newspaper and on its Website.

On 09.04.2011 an article titled “Know the Pharaoh” was published in the No. 322 issue of “Chorrord Inqnishkhanutyun” newspaper. The article was about director of the Armenian National Gallery Paravon Mirzoyan.

Paravon Mirzoyan turned to the First Instance Courts of General Jurisdiction of the Center and Nork-Marash administrative districts of Yerevan (from here on – the Court) demanding that “Chorrord Inqnishkhanutyun” newspaper, which belongs to “Koghmnaki Andzants M” (“Outsiders’ M”) LLC, retracts the information that damages his reputation, and pays the claimant AMD 3,000,000 as compensation for the damage caused to his honour and dignity as a result of defamation and insult; and AMD 360,000 – as compensation for court expenses. The Court has not yet passed a verdict.

2. The Function of the Information Disputes Council

Taking into consideration the fact that the function of the Information Disputes Council is to form and publish professional conclusions of advisory nature about disputes over defamation and insult, based on the request of “Chorrord Inqnishkhanutyun” newspaper the Council has studied the case and has published its professional conclusion on the disputed article.

3. The Relevant Principles of Local and International Right

According to Article 10 of the European Convention on Human Rights (from here on – the Convention): “1. Everyone has the right to freedom of expression. This right shall include freedom to hold opinions and to receive and impart information and ideas without interference by public authority and regardless of frontiers. This article shall not prevent States from requiring the licensing of broadcasting, television or cinema enterprises.

2. The exercise of these freedoms, since it carries with it duties and responsibilities, may be subject to such formalities, conditions, restrictions or penalties as are prescribed by law and are necessary in a democratic society, in the interests of national security, territorial integrity or public safety, for the prevention of disorder or crime, for the protection of health or morals, for the protection of the reputation or the rights of others, for preventing the disclosure of information received in confidence, or for maintaining the authority and impartiality of the judiciary.”

It follows from Article 43 of the Armenian Constitution and from part 2 of Article 10 of the Convention that human freedom of expression may be limited if the intervention:

“is anticipated by law”;  “serves at least one of the “legitimate aims” listed in the article – in this case human “dignity and good reputation” or “protection of the morals or rights”, and “is necessary for the democratic society”.

This last condition requires that the Convention decides whether intervention subject to complaint derives from “urgent social needs”, whether it is proportional to the “legitimate aims”, and whether the reasons, brought up by authorities in order to justify intervention, are “relevant and sufficient”.

4. The Analysis of the Disputed Article

The analysis of the disputed article shows that some of its expressions are value judgments and present the journalist’s opinion which is protected by Article 10 of the Convention. When publishing these expressions the journalist used his/her right to create them in satiric style, which is also protected by Article 10 of the Convention. Article 10 not only protects information, but also the style and way in which it is presented. The remaining disputed expressions do not lack factual bases.

Meanwhile, the expressions that the claimant qualifies as slandering were published by another media outlet before, and “Chorrord Inqnishkhanutyun” newspaper once again brought them up, with a relevant referral to the initial source media outlet.

Evaluating things in their context, the Council finds that when hearing this case it is preferable to use high level legal protection for part 2 of Article 10 of the Convention. This is to say, that in every case the necessity to intervene in media outlets’ freedom of expression ought to be assessed based on whether there is an acute public demand and whether such an interference is “necessary in the democratic society”. It is preferable that the Court views this case not only as competing individual interests, but also from the point of view of public interests. So, when passing a verdict, the Court may leave the framework of narrow personal interests and pass such a verdict, which can create favorable consequences for the public as a whole.

The Information Disputes Council finds that the disputed issue is not so much in legal field, as it is in the field of journalistic ethics. Hence, it would have been reasonable and effective if the claimant had granted the hearing of the case not to the Court, but to non-judicial bodies, particularly to the Media Ethics Observatory, in order to study and evaluate the disputed Article.