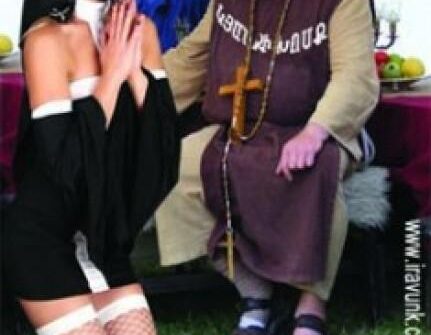 IDC Statement about the verdict on the case filed by "Word of Life" and the Head of Organisation Arthur Simonyan vs. "Iravunk Hetaqnnutyun" and "Argumenti Nedeli v Armenii" Weeklies

In an open trial on July 31, 2012, the Court of General Jurisdiction of Kentron and Norq-Marash administrative districts in Yerevan made a verdict on the  lawsuit filed by the “Religious Organization “Word of Life” Church” of the Armenian Evangelical Christians and the Head of the organization Artur Simonyan vs. “Iravunq hetaqnnutyun” and “Argumenti Nedeli v Armenii” weeklies, represented by “Iravunq Media” LLC that implements information activity, requesting to refute and oblige to apologize for information defaming the honor, dignity and good reputation of the organization.

On May 11 the Council has addressed this court dispute, by stating in its conclusion that the statements made by respondent media outlets directed at the religious organization lacked factual grounds, and as such, it was not possible to qualify the disputable announcements as fair comment.The Council also believed that the general context of the article, including the continuous and persistent use of the word “sect”, had turned the information speech into a speech that prompts and fuels hatred.

The Council is deeply concerned over the Court’s decision since the Court has not ensured complete and efficient frameworks for judicial test. The Court has not paid attention to the fact that, as the Court has mentioned, having set the goal of covering and criticizing the activities of the religious organization and its leader and thus provoking feedback among the society, which by itself is a legitimate goal, the media outlet has prepared an information material, completely and without reservation, based on a third party public statement, without performing its own examination. As repeatedly mentioned, although such method of reporting does not contradict the formal requirements of the law, however this method of reporting is challenging from the perspective of journalism ethics and responsible journalism.

While performing a judicial test to check the application of the Convention, the Court should have revealed whether the reporter had made one’s own good-faith examination prior to publishing the disputable materials and whether in this sense it could be said under the particular circumstances that the reporter was freed from the normal reporter responsibility of checking the factual circumstances of his statements.

Finally, mentioning about responsible reporting, the Council means not legal but social and professional responsibility frameworks, the first of which suggests that any reporter must demonstrate great cautiousness when the reported material is associated with the social values of all society members, including not only the freedom of expression and voicing critical opinions about matters representing public interest but also the right to respect everybody’s religious beliefs, and secondly, a reporter’s professional duty of disseminating correct and impartial information.