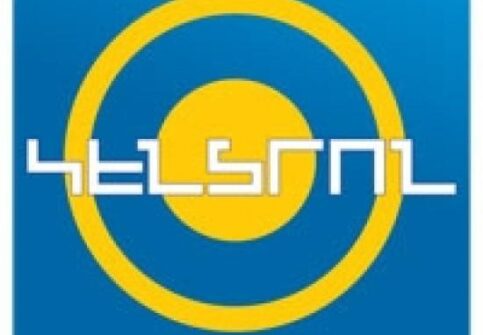 The IDC Opinion on the verdict by the first Instance Court of General Jurisdiction of Ajapnyak and Davtashen Administrative District of Yerevan in the case of Gevorg Hayrapetyan vs. "Multi Media Kentron TV CJSC"

On July 04, 2012, the Information Disputes Council released its opinion on the verdict by the first Instance Court of General Jurisdiction of Ajapnyak and Davtashen Administrative District of Yerevan in the case of Gevorg Hayrapetyan vs. “Multi Media Kentron TV CJSC”.

Gevorg Hayrapetyan was sentenced to jail on the basis of high treason on 25/10/2010 by the First Instance Court of General Jurisdiction of Avan and Nor Nork Administrative District. Before the verdict went into force, during the period of November 14 through November 21, 2010, “Kentron” TV aired a program under the headline “Investigation”, during which facts on the criminal case were presented; in particular, it was stated that the defendant, having a material interest, has provided information constituting a state secret and anti-Armenian campaign to the opponent country, with expected payment. This information was disseminated as proven circumstances in the form of statements on the fact and not as assumption or suspicion by the bodies of preliminary investigation or the court.

As of the moment when the program was broadcast, the verdict of the court had not been gone into force since the protesting time was not completed yet; the program was aired on November 14-21, 2010, while the verdict was published on 25/10/2010. According to the RA Criminal Procedure Code, the verdict of the first instance goes into force and becomes a final document during one month, unless it is appealed. As the facts have shown later, at the airing moment the lawyer of the defendant was preparing an appeal.

The defendant’s lawyer, Seda Safaryan, has applied to the court under a separate lawsuit against “Kentron” TV seeking legal protection for the violation of the presumption of innocence by the TV as well as for dissemination of insulting and slandering information. The TV company has mentioned at the court that within the “Investigation” program the TV has disseminated an information which was provided to the TV by the RA Prosecutor General’s Office and, therefore, the TV should be freed from the liability based on part 6 of Article 1087.1 since it is a conscientious reproducer of the information received from the sources. The Courts of the First Instance, Appeal and Cassation have considered it a proven fact that “the respondent Company has published exceptionally the information set forth in the materials of the case and in the court verdict and has referred to the source of information”, “has presented exceptionally the reality reflected in the materials of the criminal case, without drawing any own conclusion and without expressing any personal opinion, has rightfully come to the conclusion that no information has been aired that is not reflected in the materials of the preliminary investigation”.

On similar grounds, the courts have considered that the TV company  makes use of the protection provided by part 3 of Article 9 of the law of the RA “On Mass Information”, according to which, an implementer of news reporting activity shall be exempt from liability for dissemination of information,  the information is a literal or conscientious reproduction of the information contained in a public statement, official documents of state bodies, other media product or work of authorship and contains a reference to that source. With this ground, the courts have exempted the media from liability and rejected the suit.

The Council agrees with the court’s position that in this particular case the media outlet makes use of the protection ensured by part 3 of Article 9 of the RA law “On Mass Information” and part 6 of Article 1087.1 of the RA Civil Code (good faith reproducer) and therefore should be exempted from liability. Nonetheless, the Council views this issue from the point of view of journalism ethics. Regardless of the fact that the media outlet operates within the framework of protection ensured by the legislation, it could not help but knowing that before there is a verdict gone into legal force about a person being recognized guilty, any actual statement on guilt is a violation of the presumption of innocence.

Respect to presumption of innocence must be maintained not only by criminal proceeding bodies but also by anyone and especially media, given their special role and mission in establishing democracy.

The 2nd principle of the Recommendation (2003)13 of the “Declaration on the provision of information through the media in relation to criminal proceedings”  of the Council of Europe Committee of Ministers states that “Respect for the principle of the presumption of innocence is an integral part of the right to a fair trial. Accordingly, opinions and information relating to on-going criminal proceedings should only be communicated or disseminated through the media where this does not prejudice the presumption of innocence of the suspect or accused.”

Therefore, regardless of the fact that the TC Company has reproduced in good faith the information received from a reliable source, it must respect the defendant’s presumption of innocence while airing the news report. This is not in the best interest, among others, of the fact that regardless of the existance of legislative regulation, media have frequently stated that they prefer to work in conditions of self-regulation mechanisms.