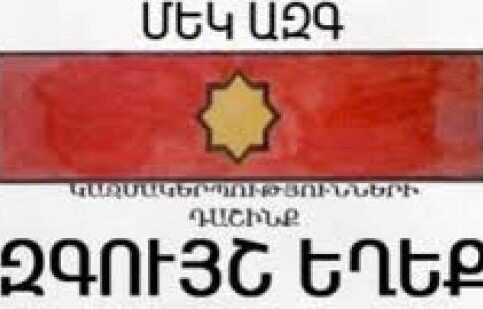 The IDC Opinion on the Court Case filed by Daniel Ioannisyan, Bayandur Poghosyan and Hasmik Simonyan vs "Mek Azg" Party

On September 7, 2012, the Information Disputes Council released its opinion on the Verdict of the General Jurisdiction Court of Ajapnyak and Davitashen Administrative Districts of Yerevan issued on 28.06.2012 on the Court Case filed by Daniel Ioannisyan, Bayandur Poghosyan and Hasmik Simonyan vs “Mek Azg” Party.

The application stems from the following statements about plaintiffs disseminated by “Mek Azg” Faction of organizations in the Facebook social network.

The following has been said about Daniel Ioannisyan:

“A defender of homosexuals, who condemns the fight of “Mek Azg” Faction against homosexuals…He is a member of Raffi Hovhannisyan’s youth wing…, an active member. Armenians, get to know who are resorting to immorality….Your pro-western pro-Levon and pro-Rraffi camps will be sent to the hell…along with your immoral ideas…only powerful Armenia, only Armenian Apostolic Church. This harlequin is not even Armenian by nationality”.

The following has been said about Bayandur Poghosyan:

“This ideological bastard from Levon’s youth wing cannot imagine Armenia without homosexuals and throws stones at our fight against homosexuality…”.

The faction stated the following about Hasmik Simonyan:

“This madam, condemning the struggle of “Mek Azg” faction against the phenomenon of homosexuality, places on record only one thing that she is an ardent advancer of sexual revolution and can see Armenia only with a big army of homosexuals”.

This is the first court precedent in Armenia’s inter-state practice when the court has accepted under its proceedings the question of the legality of information disseminated in a social network. From this perspective it can be said that the court’s decision had a precedent value, especially taking into account the extensive debates on whether or not the right to free expression in the social networks should be regulated in the same way as in the usual public domain.

With this regard the Council finds that the social networks have stopped being a closed environment since the users are using numerous channels to communicate and exchange information with parties in public domain. From this point of view, in terms of both legal and social consequences, there is no difference between cases when a person is raising complaints by making a statement in his/her personal page status or, for instance, expresses the same complaint by placing it on a poster and displaying in an active part of the city. In both cases the information is available to all. The court has applied this very new criterion when determining whether or not the information had a public nature. By referring to the “third party” criterion established in the precedent law, the court at the same time has introduced “available to all” criterion, which, we believe, will have a more appropriate application in terms of information disseminated on the internet. The Council welcomes the Court’s conclusions mentioned above.  Amongst statements under question the court has considered the word “harlequin” addressed to Daniel Ioannisyan and “ideological bastard” addressed to Bayandur Poghosyan as insulting with an intention to damage reputation. The afore-mentioned expressions, which in the given context have been used as value judgments, can receive various connotations in various contexts. In this particular context the Court has found them objectively damaging and insulting based on its inner conviction. Taking this into account the Council abstains from assessing if the statements mentioned in this context are insulting and of damaging nature or not.  As far as the remaining general statements are concerned, the court has found them neither insulting nor defamatory, since the court found that these are abstract statements that are not objectively damaging. According to the Court, belonging to a particular party, defending someone, holding or disseminating ideas, not being Armenian by nationality  or disseminating information about all this, even if this does not correspondent to the reality, cannot damage a person’s honour, dignity or business reputation. The Council welcomes such position since it ensures wide scopes of political speech.   We think that the court showed a reasonable approach as well when solving the issue of compensation. First, following the Cassation Court’s precedent law, in particular that in all cases when the award amount is to be determined it is necessary to take into account the financial state of the person who insulted or defamed and that compensation amounts and forms that can have a decisive impact on the respondent party should be excluded, the court has satisfied the demand for non-pecuniary damage, which makes a symbolic 10 drams each for every plaintiff. With this regard the Council notes again that there is consistent approach in the application of the Cassation Court’s precedent law.  As for court expenses, this demand has been completely rejected since the plaintiffs could not justify with a documentary proof that such expenses have been actually incurred. Regarding this the Council abstains from expressing its opinion since the application is under the court discretion. As far as the method of legal protection is concerned, the court has obliged the respondent organization to apologize to the plaintiffs by placing the text of apology on Facebook social network. We believe that in the present circumstances the court has been able to fairly counterbalance the interests of the parties.

Considering that the present case is the first case heard by Armenian courts concerning the right to free expression on internet, as well as taking into account that this topic is gaining high popularity in the Armenian internet domain, the Council finds that it is time for broad discussions on issues pertaining to the adoption and application of self-regulation norms on internet and for this purpose invites all active users to debate.