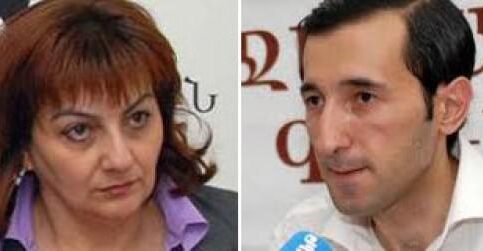 The IDC Opinion on the Court Case attorney A. Grigoryan vs. “Hraparak” daily

On 07 March 2012 the First Instance Court of General Jurisdiction of Kentron and Nork-Marash Administrative Districts of Yerevan made its verdict on the application submitted by attorney Arthur Grigoryan against “Hraparak” daily, expressing its legal position over a number of problematic issues, which are currently subject of the journalistic community’s discussion in various countries. The subject matter pertains to the scope of protection of information flows from social networks to the traditional media field, in circumstances where due to the development of media technologies, online media are in active conjunction with the print media. Taking into account the importance of the issue, the Council, on its own initiative, presents its comments on the positions expressed by Court.

The application with regard to the afore-mentioned case was submitted following six comments made by a group of readers in response to an article published on “Hraparak”‘s website, which, in the opinion of the plaintiff, contained insulting and defamatory statements. Since the persons having made comments were unknown, the application was filed against the media outlet, despite the fact that the problematic statements were not made by the media outlet.

The Information Disputes Council welcomes the verdict issued by the Court on the present case, since the above-mentioned stance of the Court significantly enlarges the scope of protection of electronic media. At the same time the Council finds that it would be desirable if in its decision the Court would have touched upon other important aspects of the subject matter as well. The study of the international law and practice shows that when examining media related cases the Courts and the regulating legal norms consider such circumstances as the media’s awareness of the comments and the distinct moderation of comments.

In other words, it is important to take into account whether the media outlet is distinctly moderating the flow of comments placed on its news portal. Factual circumstances like, for instance, application of searching systems by the media through key-words, providing the readers with a possibility to underline insulting and defamatory comments, prior selection of comments subject to publication by the media outlet (alternatively, introduction of some editorial activities) serve as an assessment feature in order to consider the fact of the media outlet’s moderation of reader comments as confirmed, which in its turn serves as a basis when deciding the issue of a media outlet’s liability.

In this case the Court has taken into account the fact that before applying to court the plaintiff did not request the media outlet that problematic comments be removed and hence the media outlet was not made aware of the presence of comments with insulting and defamatory nature on its platform, however the court did not examine at all the availability of the second circumstance mentioned above, i.e. to what extent the media outlet moderated (administered) the flow of comments on its electronic page.

The Council finds that such scope of the court’s fact-checking does not ensure possibility for effective legal protection. Moreover, such legal regulation contradicts point 9 of Article 1087.1 of the Civil Code, according to which if the information source is unknown, the responsibility for compensation shall be held by the presenter of insulting and defamatory statement in public. In this case the authors of the comments were not known, however to an extent that the comments were publicly disseminated from a domain provided by the media company, that company automatically becomes subject to legal relations.

From this point of view the Council does not agree with the position of “Hraparak Daily” LLC expressed during court procedure, according to which the company does not bear any responsibility for the others’ comments published on its website, as long as they flow from social networks and do not belong to the content producer. According to part 2 of Article 10 of the European Convention, the right to receiving and disseminating information and ideas is linked with obligations and responsibilities. Along with the right to free speech, everyone also has certain responsibilities. The notions of rights and responsibilities walk hand in hand. This format continues remaining unchanged, even in the current world of rapid development of media technologies. Hence, the very fact that the media outlet provided a technical platform for the others’ comments does not make the media exempt from obligations and responsibilities.

The Council finds that when being guided with the afore-mentioned legal regulation, a reasonable balance will be achieved between public and individual rights, the right to freedom of expression and the right to human dignity.

Considering the afore-said, the Council:

finds that the legal positions expressed in the Constitutional Court’s decision No. ê¸à 997 is equally applicable also for the “comments” disseminated from the platforms of electronic media; calls on all media to moderate reader comments, in light of the popular principles of the right to freedom of expression; calls on the electronic media to develop and place on their electronic pages, rules of moderation, to make them easily accessible for readers and thereby make the moderation rules’ application clear and transparent.