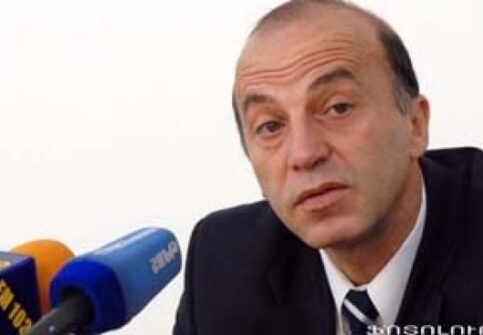 On April 27, 2012 the RA Court of Cassation, exercising its authorities stipulated by Article 92 of the RA Constitution, has made a precedent decision, where it expressed its legal positions regarding a number of problematic issues of judicial practice of insult and defamation. The Court of Cassation has commented on the application of a number of provisions of Article 1087.1 of the RA Civil Procedure Code, thus seeking to ensure a unified judicial practice.

The Council welcomes the decision of the Court of Cassation, considering that overall the decision suggests progressive legal regulation methods. By the decision, the framework of the interested parties – people making harm and those suffering – in the legal relationships arousing on the basis of insult and slander  have been interpreted and clarified; evaluation criteria for making it clear whether or not a particular expression is of insulting or slandering character; the concepts of “public expression” and “supreme public interest” have been explained; a number of general expressions found in part 5 of the Article and representing journalist protection systems have been interpreted. We believe that the above interpretations are important to ensure a unified judicial practice based on democratic principles. We are convinced that further comments by the Court of Cassation on the provisions of the Civil Procedure Code regulating insult and slander will contribute to further improvement in the judicial practice.

The Council is at the same time concerned about a number of legal positions expressed by the Court while interpreting the concept of “source of information” included in parts 6 and 9 of Article 1087.1 of the Civil Code. We believe that those positions, taking into account the functions and the special status of the RA Court of Cassation, can have an adverse effect on the journalist – source of information relationships, as a result of which the freedom of media outlets to using their sources and, consequently, their right to freely disseminate information will be harmed. In the mentioned provisions, the Court has defined that sources of information are those “authors” or “information agencies” being physical persons and legal entities “who publish information through different means”. Then commenting on the concept of “means”, the Court has defined that “public speeches by a person”, “official documents” and “copyright works” are considered as such. In its further comment, the Court has mentioned that even if the one who disseminates information has reproduced any information received from a source word by word or in good faith, then the latter cannot be relieved of liability if he or she “refers to a source which is not considered to be a source of information …under Article 1087.1, i.e. is not an author or a source of information”.

Given that, as mentioned above, only those physical persons and legal entities are deemed as authors who publish the information only through specifically defined means (public speech, official document, copyright work), it turns out that in all those cases when a journalist’s source has published the information in any other way, then the opportunity of such person of being considered as an author is in doubt. Thus, the mentioned interpretations cause a too narrow selection of “source of information” on which a media outlet could rely on to escape liability.

The Council is concerned about the above developments since they introduce concepts like proper and improper sources and related legitimate and illegitimate sources of information, thus restricting the frameworks of the sources that the media could make use of.

Such approach is contrary to the Recommendation No. R (2000) 7 of the Council of Europe Committee of Ministers “On the right of journalists not to disclose their sources of information”, according to which “any  person who provides information to a journalist” is considered a source of information”.  In the explanatory part of the same recommendation, where all the principles of the Recommendation are interprerted, while interpreting the above principle, it is mentioned that journalists should be provided the opportunity to receive information from “all kinds of sources”, so “it is necessary to interpret this term more broadly” in domestic law and practice.

Being led by the above statements, the Council considers it necessary to process the relevant precedent positions.