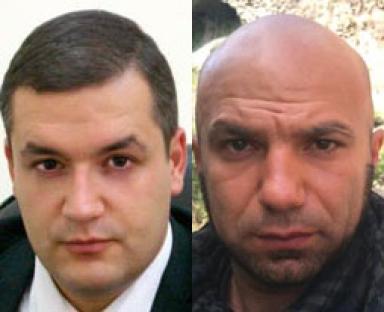 IDC Opinion on the Court Case filed by Tigran Urikhanyan vs. Edgar Barseghyan

On March 25 the Information Disputes Council released its opinion on the court case filed by a memebr of NA Tigran Urikhanyan vs. blogger Edgar Barseghyan.

1. CIRCUMSTANCES OF THE CASE

On 26 October 2012, the Armenian-Italian Holding “Amore”, with the support of the Italian Embassy to Armenia, organized “Style Screen” annual award ceremony, which recognized the MP Tigran Urikhanyan as a winner in the category of the “Most Stylish Political Figure of the Year”. In response to this, blogger Edgar Barseghyan placed Tigran Urikhanyan’s photo in the website www.demotivator.am, with half-naked body of a model. Edgar Barseghyan reasoned his action in the following way:

“It is my subjective opinion that in our country which has a number of unsolved problems, an MP who should be in the forefront of fighting for the solution of these problems, spends time on looking stylish and on sending press releases concerning this. And since the matter is about style and fashion field, for me the whole thing is associated first and foremost with woman, so I depicted him with a body of a woman and I do not think that a comparison with woman is insulting” /http://media.am/MP-sues-blogger/.

In response to this Tigran Urikhanyan made the following statement:

“If in the opinion of the blogger this is not insulting, then henceforth he will see in various places his photo and photos of those close to him, edited on the half-naked bodies of models. Then I will try to hear his opinion as to whether this is an insult or not. I have a number of other occupations and I am not dealing with preparing pictures but I am confident that the persons who understand very well what is happening will undertake relevant actions in this context” /http://media.am/MP-sues-blogger/.

On 21/22/2012 Tigran Urikhanyan filed lawsuit vs Edgar Barseghyan in the General Jurisdiction Court of Kentron and Nork-Marash Administrative Districts of Yerevan. He requested the Court to define that with the disputable photo the Respondent has damaged his honour, dignity and business reputation and to oblige the Respondent to publicly apologize, to charge the Respondent 1 500 000 AMD for insult and for court expenses (according to www.datalex.am information database, as of 3/22/2013), as well as to remove the disputable photo from www. www.demotivoator.am and www.blognews.am websites.

The case is currently at a stage of preliminary court examination.

The disputed photomontage belongs to the genre of political satire. Satire is a form of artistic expression and social commentary and by its inherent feature of exaggeration and distortion of reality, provocation and acute criticism, falls under the protection of free expression (Vereinigund Buildender Kunstler vs Austria, No. 68354/01, 25/01/2007, §33).

Thus the issue under question is not whether the photo was insulting or not by itself, out of the environment, but whether the author succeeded in reasonably balancing his speech with the rights of the others, in this particular case with the right to respecting the honour of the person who became target for criticism. In order to determine this, the Council took into account all factors, which all together make the context of the information under discussion.

A value judgment can be protected by law if it is based on certain factual ground. In this particular case such factual ground was the well-known circumstance of the Plaintiff’s attendance of the award ceremony “Stylish Political Figure of the Year”, his receiving of the award and the interview he gave afterwards.

The Plaintiff’s personality is also a factor which needs to be taken into account. In this case the Plaintiff is a political figure who is distinguished by his wide public activity. In such circumstances the admissible scopes of criticism towards political figures are wider and they need to demonstrate more tolerance. This stems from the general constitutional-legal contents of Articles 1, 2 and 5 of the Armenian Constitution since an authority can be exercised as well though a public service thus the public and private behavior of the persons who provide such service can objectively become subject to public discussion (Decision No. ՍԴՈ-997, page 20).

And finally, the matter needs to be looked at from a moral point of view as well, under part 2 of Article 10 of the European Convention on Human Rights, since amongst the grounds for limiting free expression there is a natural link between the legitimate aims of “protection of morals” and “protection of the rights of others” (Muller and others versus Switzerland, No. 10737/84, 24/05/1988, page 30). In this case the blogger has depicted the Plaintiff’s photo in a form of a half-naked body of a model which, according to the norms and values established in our society, is an indecent way of presenting a person publicly.

Taking into account all factors mentioned above, and especially the importance of political speech in public relations, the Council finds that in this particular case, it is nevertheless necessary to demonstrate tolerance towards the means of expression chosen by the blogger which, although spiced with exaggeration, was however targeted at the public activity of the political figure and not towards his personal life.

As far as the monetary demand is concerned, the Council once again notes that it is desirable that the political figures refrain from monetary demands when submitting complaints with regard to cases involving matters of public importance and debate. The Council finds that if the court satisfies the claim, the factual recognition of a violated right can be already deemed as a satisfactory means of fair compensation.

With regard to the court’s decision versus securing the claim and the requested ban of assets, the Council finds that the decision was made in line with law, pursues a legitimate aim by maintaining the principle of proportionality in selecting a measure, since the court selected a measure with the least impact in limiting the rights, which does not hamper the activity of the Respondent.