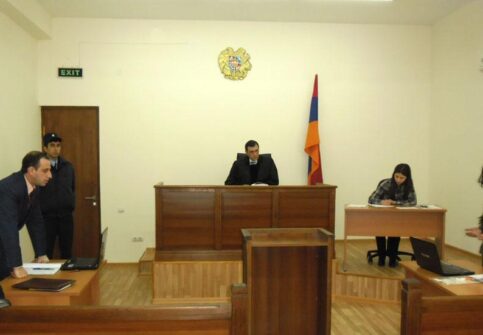 On June 17, 2013 the Information Disputes Council released its opinion on the court case filed by “Ijevan Road Construction Enterprise” CJSC  Vs. “Ijevan Studio” Ltd. and Journalist Naira Khachikyan. (See IDC Opinion No. 18 on this case. )

1. CIRCUMSTANCES OF THE CASE

On 19.07.2011 “Ijevan Road Construction Enterprise” CJSC applied to the general jurisdiction court of Tavush region vs “Ijevan Studio” Ltd. and journalist Naira Khachikyan, concerning the video material entitled “Where are the Stolen Flagstones” and broadcast on 21.06.2011 by “Lraber” programme of the Second Armenian Channel. The video was prepared by Ijevan TV Company and criticized the construction company for removing the flagstones in Ijevanyan street of Ijevan city without the relevant permission and urban construction documents, as a result of which the street became impassable for people and transportation.

The Company demanded obliging the TV company and journalist to apologize for insult and defamation, as well as to oblige them pay a compensation in the amount of 3 mln. AMD for pecuniary and non-pecuniary damage. On 07.04.2012 the court partially satisfied the claim and obliged the respondents to pay 5000 AMD as compensation. The court’s verdict was appealed in the Civil Court of Appeals which, in its verdict of 04.07.2012, entirely revoked the First Instance Court’s decision and sent the case to the First Instance Court for hearing it anew. The Court of Appeals found that when making its verdict, the First Instance Court did not take into account a number of important circumstances, among them the asset situation of the respondents.

On 22.03.2013 the First Instance Court made a new verdict entirely rejecting the company’s claim versus TV Company and journalist. Nonetheless the court decided to charge 100 000 AMD from the TV company and journalist on solidary obligation basis, as an amount for compensating the fee paid to the lawyers by the plaintiff company and 40 000 AMD as a state duty amount. The Court justified its decision reasoning that although during investigation of the case the circumstance of having caused an insult to the business reputation of the company has not been substantiated, however the circumstance that the respondents have defamed the company has been proved. Nevertheless taking into account the difficult asset situation of the TV company and of the journalist, the Court, “solely considering the asset situation of the respondents”, rejected the claim concerning defamation.

(a) No mandatory or enforced remedy for defamation should be applied to any statement which has not been found, applying the above principles, to be defamatory.

(b) The overriding goal of providing a remedy for defamatory statements should be to redress the harm done to the reputation of the plaintiff, not to punish those responsible for the   dissemination of the statement.

According to the afore-mentioned Comment , no one can be forced to any action or provided with legal remedy, as long as that person has not been recognized to be responsible for the dissemination of a defamatory statement. According to the same Comment, the right to free expression demands that the provision of remedies for defamatory statements be limited with compensation of the direct damage caused to the reputation of defamed person. The use of legal remedies for any other purpose will have a chilling effect on the right to free expression which is not necessary in democratic society.

In this particular case, although the media outlet and journalist won the court case (the claim filed against them was entirely rejected), the court still obliged them to compensate the forensic expenses incurred by the Plaintiffs (lawyer’s fee and state duties). It seems that such approach stems from the briefly mentioned position of the court in the concluding part of the verdict according to which although the Respondent defamed the Plaintiff, however the asset situation of the respondents did not allow to place the violation on record since in this case the smooth operation of the media outlet would have been hampered. If this has been the case, then the Court was not to feel constrained because of the asset situation in terms of securing the claim partially, i.e. to place on record a violation and to define as a right a method implying non-pecuniary compensation, for instance an obligation to publish refutation.

The mentioned approach of the court is problematic as it can create chilling effect on the freedom of the media and journalists, in light of the above-mentioned principle of Article 19 organization. If this decision becomes wide practice, even in the case of winning a case, the journalists having found themselves in the situation of the respondent might be obliged to pay high monetary compensations, which will make any legal remedy null and void and seriously endanger free speech. Taking into account the importance of the freedom of the media in democratic society, the Council expects that the Civil Court of Appeal will revoke the mentioned decision.

Shushan Doydoyan (Secretary of the Council )- President of the Freedom of Information Centre of Armenia;