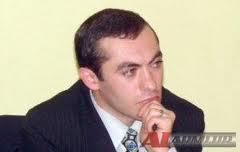 On 08 February 2008, an article entitled “On Murder Tracks” authored by “Hayq” newspaper correspondent Arman Galoyan was published in the No. 24 (1503) issue of “Hayq” newspaper, including the following information: “…We mean the murder of Karen Manukyan, a 34-years old resident of Areni village and watchman of a stone-mine located in the neighborhood of Areni village and belonging to “Amprop” Ltd. According to the latter’s wife, Karen has left home in the evening of 18 August 2007 and did not come back…To our question as to what was the reason of the murder, the widow of the murdered told that Gegham Baghdasaryan suspected Karen was linked with the death of his grandson Hayk. Hayk had died in February 2006 because of using narcotics.

“Gegham was confident that it was Karen who taught him how to use drugs. But Karen never knew anything about drugs, besides when Hayk arrived from Russia; he was already a drug addict. Everyone knew about this even his father who came to take part in the funeral, was telling he knew his son would die sooner or later”, Karineh said…”.

On 19.08.2010 Susanna Baghdasaryan, the mother of the deceased Hayk Baghdasaryan, (hereinafter the Plaintiff), applied to the court with a claim demanding refutation of information in the article, staining the memory of her deceased son and damaging his good name and reputation. Considering the fact that the damaging information was presented by Svetlana Araqelyan, the Plaintiff has presented the claim versus Svetlana Araqelyan as well, involved in the case as a Respondent.

After hearing civil case No. ԵԿԴ-1708/02/10, the General Jurisdiction Court of Kentron and Norq-Marash Administrative Districts of Yerevan decided to satisfy the claim partially by obliging Svetlana Araqelyan to refute the information damaging the honour and dignity of Hayk Baghdasaryan in the article entitled “On Murder Tracks” published in the No. 24(1503) issue of “Hayq” newspaper, dated 08 February 2008, and to publish refutation in “Hayq” newspaper.

A study of the present case revealed that the information which became subject to a lawsuit was published in the “Hayq” newspaper issue No. 24(1503), dated 08 February 2008 and the court has accepted the case and heard it during 2010-2011. Moreover, the court has heard the case prior to the adoption of the Civil Code’s 1087.1 and respectively, before the adoption of amendments to Article 19. That is to say, the Court has heard and resolved the case under the old legal regulation, on the basis of the former Article 19. The validity of legal acts throughout time is based on the logic that rejecting the retroactive power of legal acts is the common rule and the possibility of accepting their retroactive power – an exception from the rule . In any particular case the relevant law should define a provision on giving the respective legal act a retroactive power . Article 5 of the RoA Civil Code defines the general rule mentioned above and other provisions of the same article define no exception toward legal relations concerning insult and defamation. Thus the old legislative solution of legal relations which arose in 2008, stem from the requirement of the constitutional norms and legislation.

Problematic is the concluding part of the court’s decision where the court has applied a method of restoring a violated eight, which is not possible to apply.

The verdict obliges Svetlana Araqelyan, a Respondent under case No. ԵԿԴ-1708/02/10 to publish refutation in “Hayq” newspaper as per procedure defined by law but then it turned out that “Hayq” newspaper was not being published since July 2010, hence the mentioned obligation was impossible to apply from the very beginning. There have been several publications in online media about the closure of “Hayq” newspaper, in particular an article entitled “A lawsuit vs a closed newspaper” was published in Hetq online on 09 June 2011. Besides, the court had other possibilities to receive clarifications regarding any legal person, especially about the operation of the editorial house of “Hayq” newspaper, the Respondent of the case.

Thus, the Council finds that the court had a possibility to be informed about the closure of “Hayq” newspaper but with its verdict concerning an activity regarding refutation request in a closed newspaper, it actually obliged the Respondent to carry out an activity which was impossible to carry out. Hence, in case the term had not expired, it was the obligation of the court to mention in an additional decision and guided by point 2 of part 1 of Article 142 of the RA Civil Procedural Code, the media outlet where the Respondent would implement the refutation requirement.

Taking into account the mentioned-above the Council arrives to the following conclusion:

The court had a possibility to be informed about the closure of “Hayq” newspaper but it obliged the Respondent to carry out an activity which was impossible to carry out.  In case the term had not expired, it was the obligation of the court to mention in an additional decision the media outlet where the Respondent would implement the refutation requirement.  In such circumstances the Plaintiff’s right to apply to court as defined in Article 19 of the Constitution has been and continues being violated, since the non-possibility of implementing a favorable legal act is the same as depriving a person from the right to apply to a court .

Shushan Doydoyan (Secretary of  the Council)-

President of the Freedom of Information Centre of Armenia;