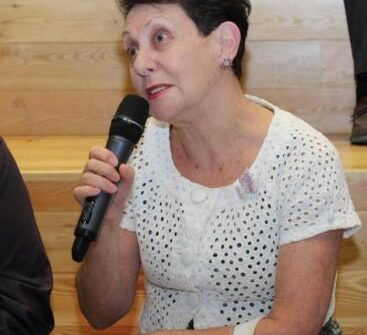 Media Ethics Observatory considered the complaint of Anahit Bakhshian, Deputy Director of the National Education Institute, regarding the articles published on the website of “Chorrord Inknishkhanutiun” daily: “Benzin Rubo and Anahit Bakhshian” (May 4, 2012), “ ‘Heritage’s’ Conspirator” (June 15, 2012) and “Who Are Those Shrunk into Corner?” (July 5, 2012). According to Anahit Bakhshian, the above listed articles contained insulting and libelous statements about her . Since the complaint touched upon both professional ethics and legal matters, the MEO and the Information Disputes Council came up with a joint expert conclusion.

It should be noted that the Media Ethics Observatory considers complaints and appeals regarding the violations of the Code of Conduct of Media Representatives, adopted on March 10, 2007 by the heads of Armenian media, who supported the YPC initiative on establishing a self-regulatory system in Armenia (see details at http://www.ypc.am/self_regul/ln/eng).

The joint conclusion notes that since Anahit Bakhshian had not requested a reply or a refutation from “Chorrord Inknishkhanutiun” daily, it would have been reasonable if she made use of this right.

As regards the compliance of disputed articles to ethical norms, the MEO and the IDC held violations of the Code of Conduct of Media Representatives in all three of them. Thus, the articles present some facts about Anahit Bakhshian. Moreover, two of these articles refer to anonymous sources that quote some statements allegedly made by Anahit Bakhshian. At the same time, the newspaper did not make any efforts to get some comments from Anahit Bakhshian herself. In this regard, Article 1.1 of the Code stresses: “Prior to publishing, to check the accuracy of information from any source, not to conceal and not to distort facts (…)”. Article 1.2 highlights the need to mention about the inability of verifying facts for an information of public significance, and Article 1.3 obliges the media “to rely on accurate facts when making analysis and comment”.

Besides, from a journalistic ethics perspective it is not acceptable that the articles used “circulating rumors” as source of information. This contradicts the provisions of Chapter 2 of the Code, “Integrity in Relations with Sources of Information”, the conclusion points out.

As regards the legal analysis of the disputed articles, the conclusion stresses that since the limits of critics towards political figures are wider, than in case of private ones, there is an increased level of protection of articles that are of public interest (until recently Anahit Bakhshian was deputy of RA National Assembly). In this sense, the information, published in the “Chorrord Inknishkhanutiun” articles of June 15 and July 5, 2012, “is not of a discrediting nature and even if it turns out that the information is not accurate, the articles cannot be assessed as defamatory”. Meanwhile, the MEO and IDC find that the May 4, 2012 article contain discrediting information, and thus the media should prove its accuracy.

In the end, the MEO and IDC remind that courts should be a last resort, and one should seek there remedies when all the other measures are exhausted.

The full expert conclusion of the Media Ethics Observatory and Information Disputes Council is available in Armenian.