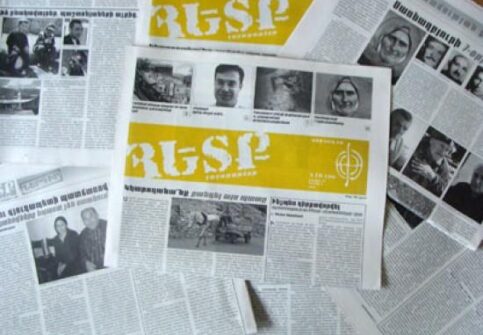 Lernapat Village Mayor Vano Yeghiazaryan has applied to court vs Adrine Torosyan, a journalist working for Hetq weekly for the article entitled “The Word “to graze” addressed to Village Mayor costs 1 million drams”, published on 23 August 2011.

In its verdict of 29/05/2012, the General Jurisdiction Court of Lori Marz of the Republic of Armenia has entirely rejected the claim.

With its nature the article is a media outlet’s coverage of a court case. The journalist has covered an ongoing civil case by reproducing conclusions of the case parties and of the judge. When covering this, while providing quotations and referring to information sources, the journalist undertook measures to sufficiently distinguish herself from the opinions expressed by information authors and from making statements about facts. Thus, the journalist has used the public statements made by a physical person who was the information source. According to the Cassation Court’s precedent decision No. 27/04/2012, in such circumstances the journalist is protected under part 6 of Article 1087.1 of the Civil Code (good-faith reproduction of information received from a proper source) and is exempt from liability .

At the same time the Council notes that what was stated in the article’s title was not the only factual circumstance which was disputed by the Plaintiff during court procedure as having been covered by the journalist. Thus the journalist had an opportunity for choice and upon her own discretion, she chose the factual data for the title, as she found appropriate. It is widely known that the method of providing information is determined by a journalist . Nevertheless, there are some professional requirements for choosing an article’s title. The title should attract the readers’ attention and express the contents of information material. This is a requirement which is regulated with the norms of professional journalism and not by legal mechanisms. In this particular case, any objective reader could have the wrong impression after reading the title of the article that the main subject of the dispute within the covered court case was the statement included in the title itself and have an overall impression about the journalist as being biased.