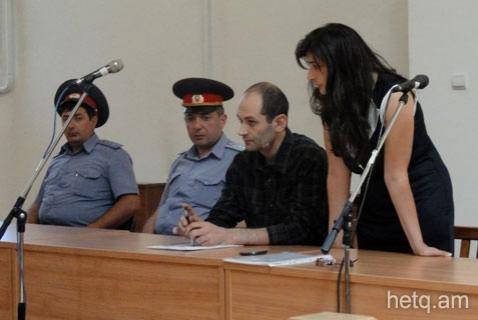 On July 9, 2013 the Information Disputes Council released its opinion on the court case filed by Harutyun Sargsyan versus “Tsayg” TV Company.1. CIRCUMSTANCES OF THE CASE

Harutyun Sargsyan is being accused for the murder of the fiancé of the daughter of former Mayor of Gyumri. Currently he is under detention. The judicial procedure based on criminal case launched against him has commenced in the General Jurisdiction Court of Shirak region since 07/12/2012. On 27.12.2012 the first court hearing took place. Currently court investigation is underway with the First Instance Court. On 27 December 2012, when covering the court’s hearing, the following statements were made during “Azdarar” news programme of “Tsayg” TV Company in Gyumri: “…Harutyun Sargsyan has killed Karen Yesayan, fiancé of the daughter of former Mayor of Gyumri with utmost cruelty, in the area of the monument “Mother Armenia”. On 31 December 2012, “Tsayg” TV Company stated on its www.tsayg.am website that “the wording “killed with utmost cruelty” does not coincide with the TV company’s views and opinions and it has been quoted from the letter by Karen Yesayan’s parents addressed to the RA President on 05 September 2012” .  On 23 January 2013 Sargsyan applied to the Court of General Jurisdiction of Shirak region demanding that the TV company be obliged to publically apologize and compensate the damage caused to his dignity and honour in the amount of 300 000 AMD. The court investigation is currently underway with the same Court.2. CONCLUSION

Presumption of innocence is a fundamental right enshrined as per Article 21 of the RA Constitution and no surrender from this right is defined by the Constitution or any other law. Thus the media, as well as all persons and organizations covered by Armenia’s laws, must just respect this right, irrespective of any circumstance. In this particular case the TV company’s argument that the public statement made by the Company was based on a third party’s statements, cannot serve as a basis for justifying violation of presumption of innocence. The legal norms under part 6 of Article 1087.1 of the RA Civil Code, defining that a person can be exempted from liability if his/her statements are the verbatim and good-faith reproduction of another person’s statements, concern only the cases involving damage to honour and dignity through insult and defamation. In this particular case the matter under discussion is presumption of innocence, which is a separate, independent category and as such, falls out of the legal regulation of Article 1087.1 of the Civil Code. Generally, both with the force of legislation and traditions, the presumption of innocence is deemed only as a criminal-judicial category in the Republic of Armenia and although this constitutional guarantee is very often violated in civil-legal relations, the Civil Code lacks any mechanism for the protection of this right. Moreover, as per the Civil Code, the presumption of innocence is altogether not considered to be a subject to civil law protection. As a result, in case of a violated right to presumption of innocence, the citizens apply to courts seeking protection in the context of Article 1087.1 which is intended for the protection from insult and defamation and thus has a completely different purpose and subject, therefor cannot provide an effective legal protection mechanism. From this perspective, an example can be the outcome of the case filed by the accused Gevorg Hayrapetyan . Considering the above-said, the Council finds that “Tsayg” TV company has violated Harutyun Sargsyan’s presumption of innocence by making a public statement about crime in circumstances, when at the moment of making the statement Harutyun Sargsyan’s alleged crime had not been confirmed in a court’s verdict. The Council finds as well that irrespective of the fact that there is no possibility for legal protection from violation of the right of presumption of innocence in in the Republic of Armenia, the media should respect this right and demonstrate due constraint when covering pre-investigation or court investigation of a case.